Three Acres And A Cow is a show that connects the Norman Conquest and Peasants’ Revolt with climate change and the housing crisis via the Enclosures, English Civil War and Industrial Revolution, drawing a compelling narrative through the people’s history of England in folk song, story and poem. Come and share in these tales as they have been shared for generations.

Join us for a show, read reviews, browse our gallery, or feed your mind in the resources area.

“Changing the story isn’t enough in itself, but has often been foundational to real change. Making an injury visible and public is usually the first step in remedying it, and political change often follows culture, as what was long tolerated is seen to be intolerable, or what was overlooked becomes obvious. Which means every conflict is in part a battle over the story we tell, or who tells and who is heard.” Rebecca Solnit 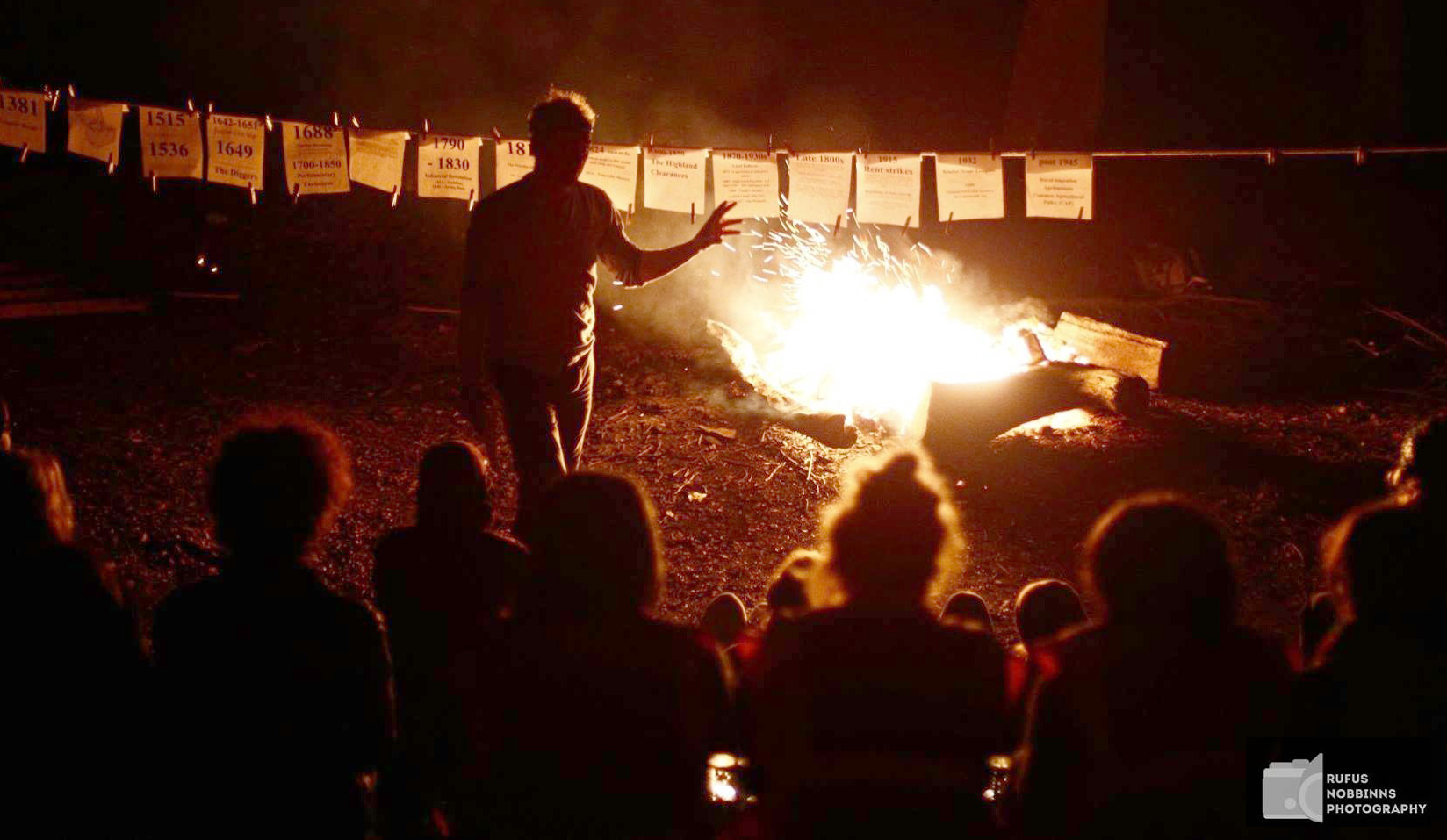