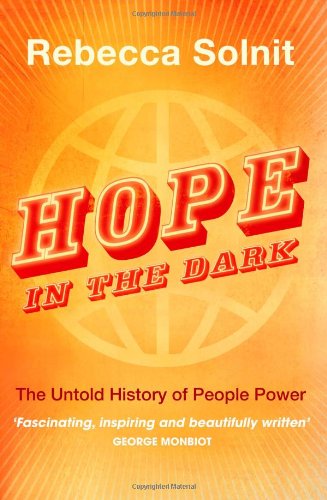 “Changing the story isn’t enough in itself, but it has often been foundational to real changes. Making an injury visible and public is usually the first step in remedying it, and political change often follows culture, as what was long tolerated is seen to be intolerable, or what was overlooked becomes obvious. Which means that every conflict is in part a battle over the story we tell, or who tells and who is heard.” Rebecca Solnit

I have yet to read this book but have it on authority that it will blow my socks off so I thought I might take the step of telling you all about it asap as my backlog of books is somewhat chronic as of late!