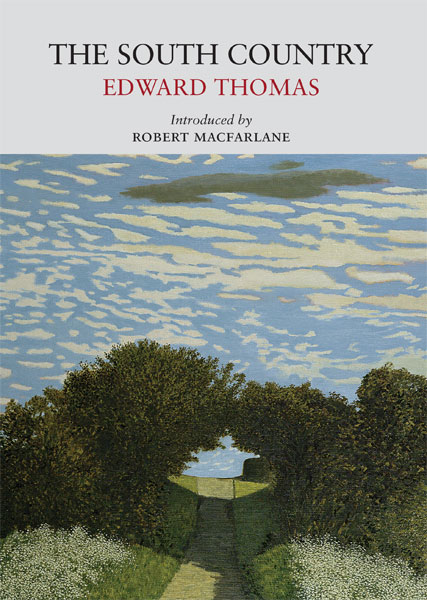 Edward Thomas writing about the state of the land and rights of access taken from ‘The South Country’ (1906).

The road mounts the low Downs again. The bound-less stubble is streaked by long bands of purple-brown, the work of seven ploughs to which the teams and their carters, riding or walking, are now slowly descending by different ways over the slopes and jingling in the rain. Above is a Druid moor bounded by beech-clumps, and crossed by old sunken ways and broad grassy tracks. It is a land of moles and sheep.

At the end of a shattered line of firs a shepherd leans, bunched under his cape of sacking, to watch his black- faced flock dull-tinkling in the short furze and among the tumuli under the constant white rain. Those old roads, being over hilly and open land, are as they were before the making of modern roads, and little changed from what they were before the Roman. But it is a pity to see some of the old roads that have been left to the sole protection of the little gods.

One man is stronger than they, as may be known by any one who has seen the bones, crockery, tin and paper thrown by Shere and Cocking into the old roads near by as into a dust-bin; or seen the gashes in the young trees planted down Gorst Road, Wandsworth Common; or the saucy “Private” at the entrance to a lane worn by a hundred generations through the sand a little north of Petersfield; or the barbed wire fastened into the living trees alongside the footpath over a neighbouring hill that has lately been sold.

What is the value of every one’s right to use a footpath if a single anti-social exclusive landowning citizen has the right to make it intolerable except to such as consider it a place only for the soles of the feet? The builder of a house acquires the right to admit the sunlight through his window. Cannot the users of a footpath acquire a right, during the course of half-a-dozen dynasties or less, to the sight of the trees and the sky which that footpath gives them in its own separate way?

At least I hope that footpaths will soon cease to be defined as a line — length without breadth — connecting one point with another. In days when they are used as much for the sake of the scenes historic or beautiful through which they pass as of the villages or houses on this hand or that, something more than the mere right to tread upon a certain ribbon of grass or mud will have to be preserved if the preservation is to be of much use, and the right of way must become the right of view and of very ancient lights as well.

By enforcing these rights some of the mountains of the land might even yet be saved, as Mr. Henry S. Salt wishes to save them.^ In the meantime it is to be hoped that his criticisms will not be ignored by the tourists who leave the Needle Gully a cascade of luncheon wrappings and the like; for it is not from a body of men capable of such manners that a really effective appeal against the sacrifice of *’ our mountains ” to commercial and other selfishness is like to spring.

And those lone wayside greens, no man’s gardens, measuring a few feet wide but many miles in length- why should they be used either as receptacles for the dust of motor-cars or as additions to the property of the landowner who happens to be renewing his fence ? They used to be as beautiful and cool and fresh as rivers, these green sisters of the white roads — illuminated borders of many a weary tale. But now, lest there should be no room for the dust, they are turning away from them the gypsies who used to camp there for a night.

The indolent District Council that is anxious to get rid of its difficulties — for the moment — at the expense of a neighbouring district — it cares not — will send out its policemen to drive away the weary horses and sleeping children from the acre of common land which had hitherto been sacred — to what? — to an altar, a statue, a fountain, a seat? — No! to a stately notice-board; half-a-century ago the common of which this is a useless patch passed on easy terms to the pheasant lords. The gypsies have to go. Give them a pitch for the night and you are regarded as an enemy of the community or perhaps even as a Socialist.

The gypsies shall be driven from parish to parish, and finally settle down as squalid degenerate nomads in a town where they lose what beauty and courage they had, in adding to the difficulties of another council. Yet if they were in a cage or a compound which it cost money
to see, hundreds would pay for a stare at their brown faces and bright eyes, their hooped tents, their horses, their carelessness of the crowd, and in a few years an imitation of these things will be applauded in a ” pageant ” of the town which has destroyed the reality. 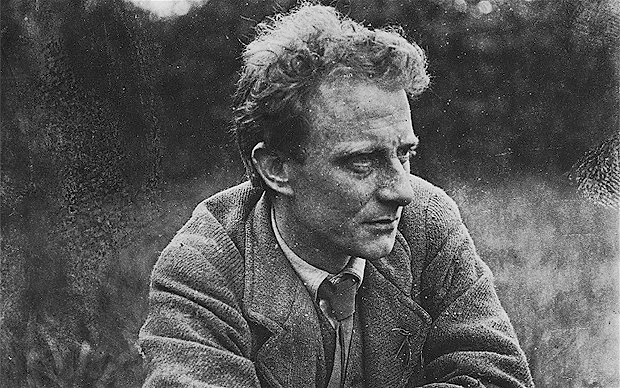