Nick Hayes just put me on to this amazing page about the Newton Rebels of 1607 in Northamptonshire which was part of the Midlands Revolt concerning enclosure. Have a look at the photos from their 400th anniversary in 2007 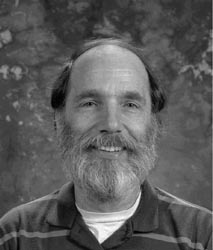 Some interesting brain food here which resonates with much else of what I have read:

“Perelman outlines the many different policies through which peasants were forced off the land—from the enactment of so-called Game Laws that prohibited peasants from hunting, to the destruction of the peasant productivity by fencing the commons into smaller lots—but by far the most interesting parts of the book are where you get to read Adam Smith’s proto-capitalist colleagues complaining and whining about how peasants are too independent and comfortable to be properly exploited, and trying to figure out how to force them to accept a life of wage slavery.”
http://www.filmsforaction.org/news/recovered_economic_history_everyone_but_an_idiot_knows_that_the_lower_classes_must_be_kept_poor_or_they_will_never_be_industrious/
https://en.wikipedia.org/wiki/Michael_Perelman
https://is.vsfs.cz/el/6410/leto2013/BA_ETD/um/3968033/The_Invention_of_Capitalism.pdf