This book from 1932 is absolutely hilarious… but why, you may ask, is it featured in a blog on books connected to land rights history?

Well in the process of being bonkers and funny, it gives a really fascinating insight into the gulf between rural and urban, working poor and inherited wealth in the inter war years. This gives you a shocking and quite profound insight into just how spoilt, lothesome and entitled much of the ruling class were at the time, and judging by Boris Johnson and his pals, still are to this day. It also gives you some lovely insights into the workings of a pre mechanisation farm, in a fictionalised but similar manner to George Ewart Evan’s books.

An account of farming in the Chelmsford area of Essex

Another book in the same genre as ‘Where Beards Wag All‘ which perfectly and poetically captures the last days of pre mechanised peasant agriculture in Essex and the first steps of the transition into fossil fuel fuelled farming. Simply and beautifully written, a good way to look back to look forward

Farming While Black is the first comprehensive “how to” guide for aspiring African-heritage growers to reclaim their dignity as agriculturists and for all farmers to understand the distinct, technical contributions of African-heritage people to sustainable agriculture.

This is a truly epic piece of work which includes some compelling history lessons alongside being a cultural and practical manual for acquiring, working and thriving on the land in America. There is so much to learn here for land workers of colour as well as white people on an anti-racism journey.

We have included some of the things we learned from this book into recent performances of the show.

If you don’t want to dive straight into the book, Leah Penniman’s podcast with Farmerama is a good place to start or one of these blogs:

We Need a Green New Deal for Farmland

“In 1910, one in seven farmers were African-American and held titles to approximately 16-19 million acres of farmland. Over the next century, 98% of Black farmers were dispossessed through discriminatory practices at the USDA and various federal farm programs. These farmers were often denied loans and credit, lacked access to legal defense against fraud, and experienced “outright acts of violence and intimidation” resulting in a 90% loss of Black-owned farmland in the US.

Today, 98% of private rural land is owned by white people, while less than 1% is Black-owned. The USDA’s systemic bias against Black and minority farmers “is well documented” and affirmed by the 2010 Pigford vs. Glickman class action lawsuit, which resulted in a $1.25 billion settlement. Black farmers continue to experience discrimination in access to credit, seeds, and other assistance, and face foreclosure at six times the rate of their White counterparts.”

Join us for a Sunday afternoon show at Canon Frome Court. Tea and cake will be for sale in the interval and the show will be followed by a tour of the farm. 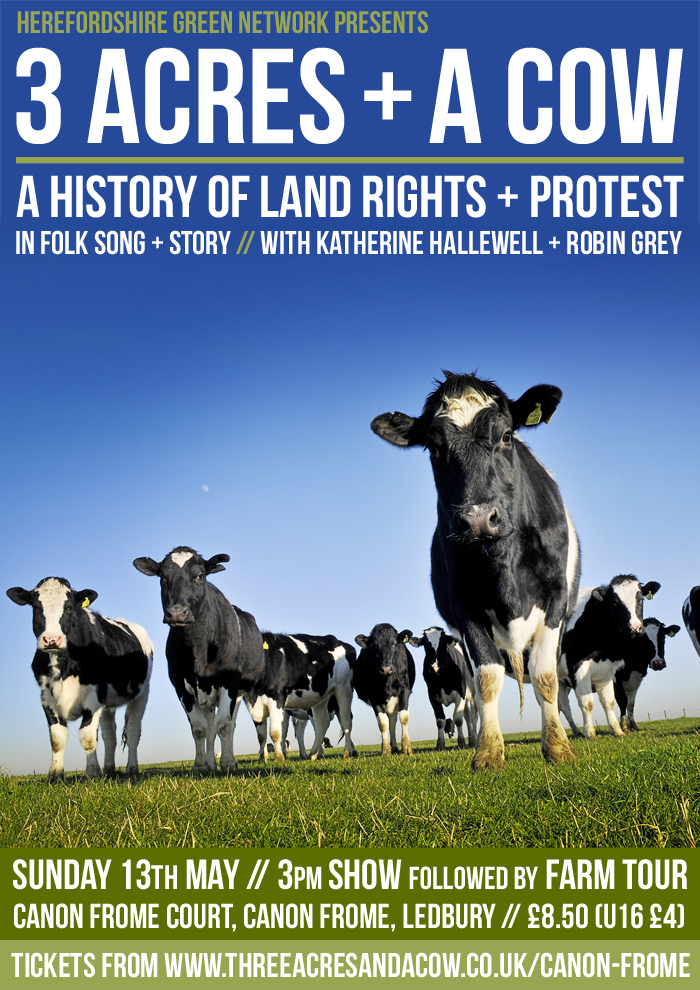 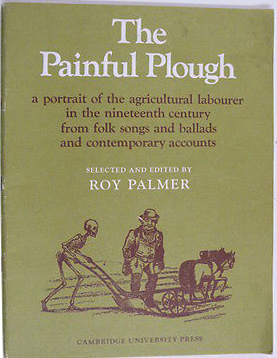 The Painful Plough
by Roy Palmer

The full title is ‘The Painful Plough: A Portrait of the Agricultural Labourer in the Nineteenth Century from Folksongs and Ballads and Contemporary Accounts’ which pretty much does the job.

It tells the story of Joseph Arch, a farm labourer who went on to start one of the first agricultural labourers unions and eventually to become an MP.

A superb piece of work and a huge source of inspiration for the concept of the show ‘Three Acres And A Cow’.